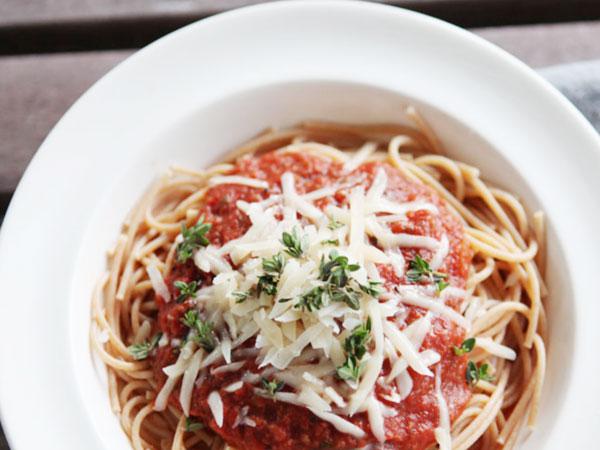 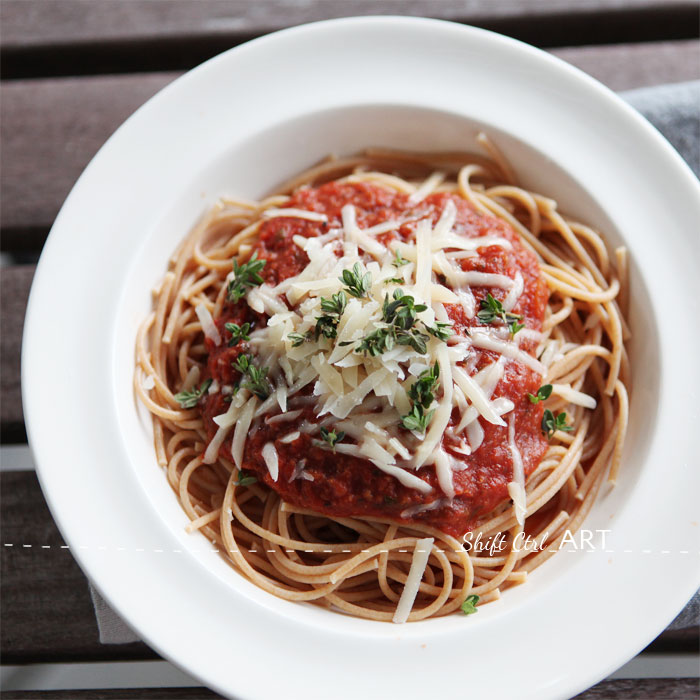 This dish is a staple at our house. It's easy to make and I always make a big pot of it and freeze in portions. This portion yielded me 8 dinners for 3 people.

I think it is totally worth it to spend a little extra time to have a meal made from scratch, but then in addition to that have 7 extra meals that will take you 11 minutes to make. It's really inexpensive too. And most importantly it tastes really good!

I used to make this recipe with ground beef instead of lentils, so you can do that too. B is such a picky eater, but when I switched over from meat to lentils with this recipe, he did not notice. On that first batch I had made sure that you could not actually see any lentils

And down it went. Three times later I revealed that it was actually meatless now and then after that I started leaving some of the lentils in whole like I am doing in this recipe. Just a little tip if you have a picky eater like I do 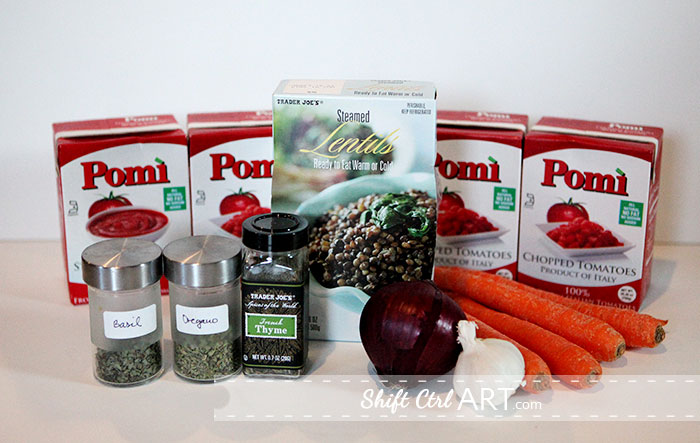 I am using steamed lentils from Trader Joe, but you can also cook your own and use. Just cook them according to the instructions. Also TJ's lentils are already seasoned, so you might need to add additional seasoning to yours if you make your own lentils. There are 500g/2 1/2 cup of steamed lentils in the box.

I also used 4 boxes of Pomi. You can usually find them in the health food section of the super market. If you are using canned tomatoes, I would use 5-6 of the big cans. 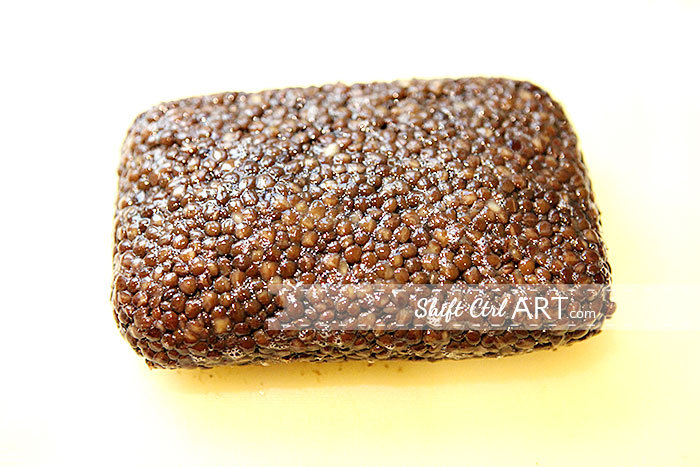 I will be the first to admit that the lentils out of the package do not look appetizing. At all. But they smell good. It took me a while to get over that actually. 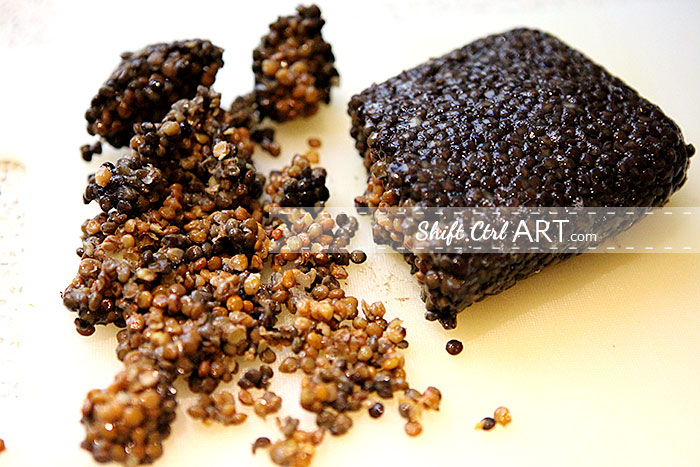 Here I broke about a fourth of the package apart to be dumped in whole. The rest goes into the blender. 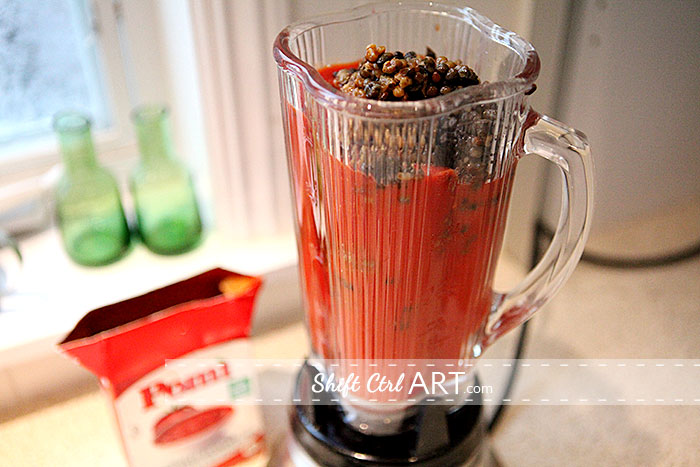 I use one whole Pomi and blend the lentils. 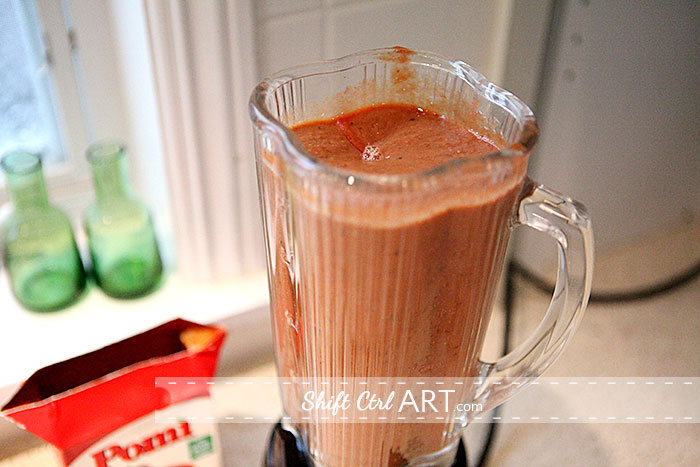 Next I cut the onion.

Have you ever watched a cooking show and though: That's how they cut an onion? That looks like too much work. I like my way better. So I thought I would share it with you. Let me know if you know of an even easier way!

My first tip is to use a super sharp knife. That helps a lot in getting done quicker. 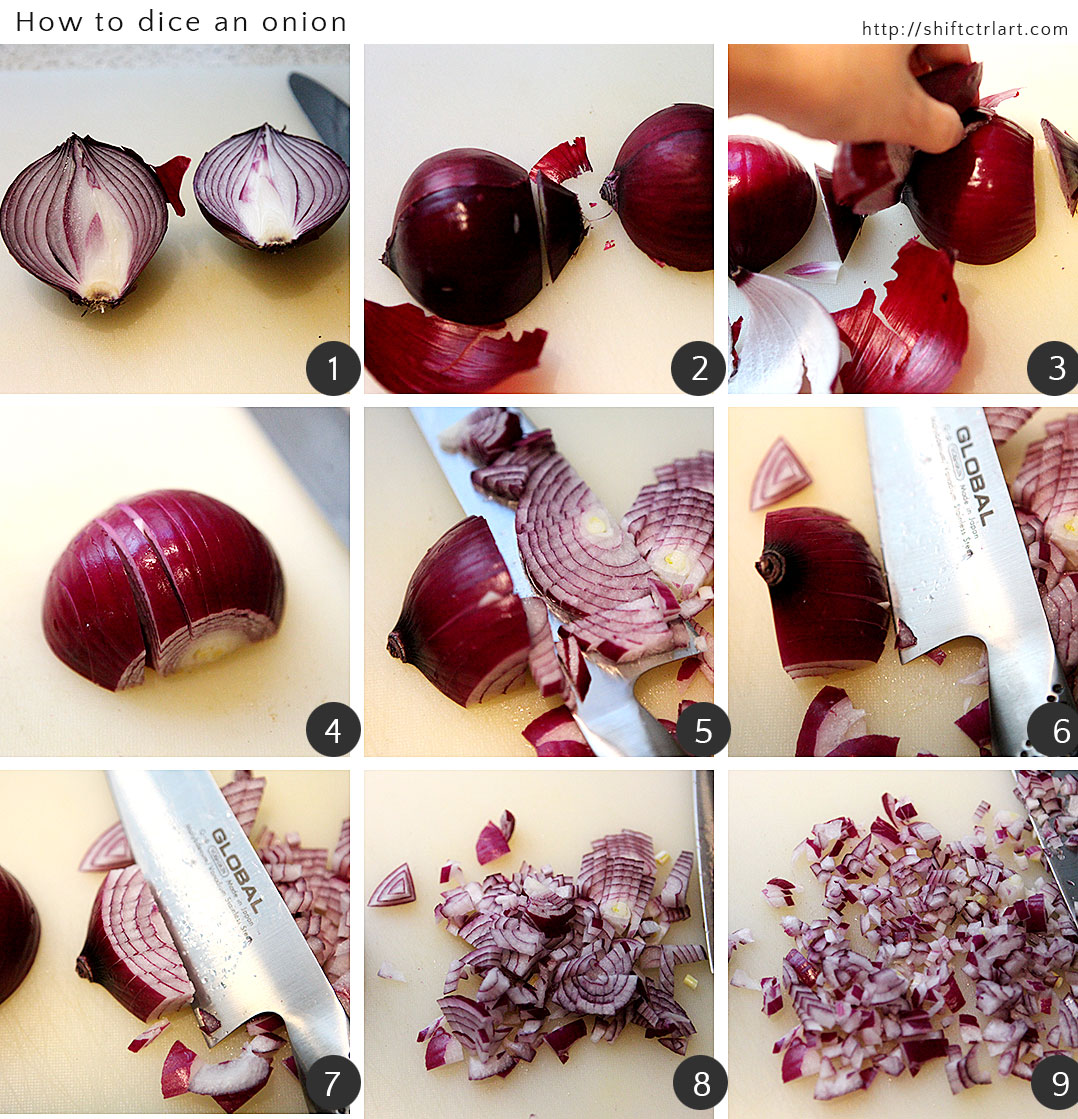 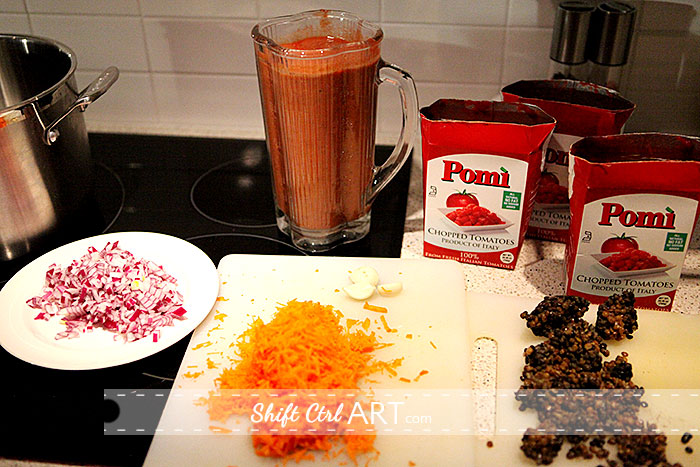 Peel and grate the carrots. I do a mix of coarse and fine grating. Now all the ingredients are ready. 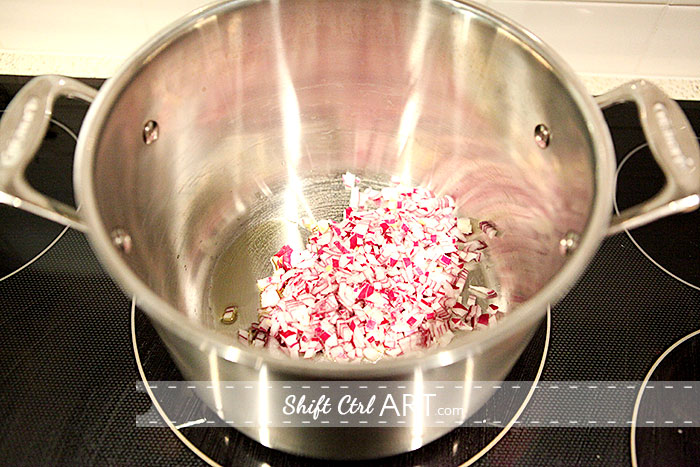 Caramelize the onions in some olive oil or butter. 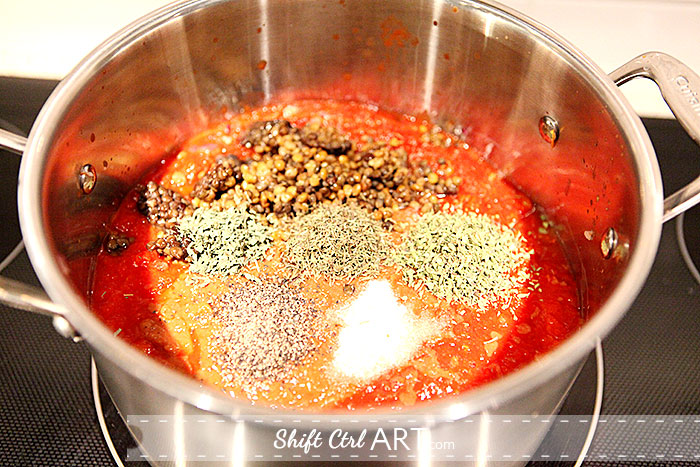 Then add everything to the pot. A small handful of each of the spices. About 1 1/2 tsp pepper, about 2-3 tsp salt. I squeezed the garlic gloves through my garlic press. 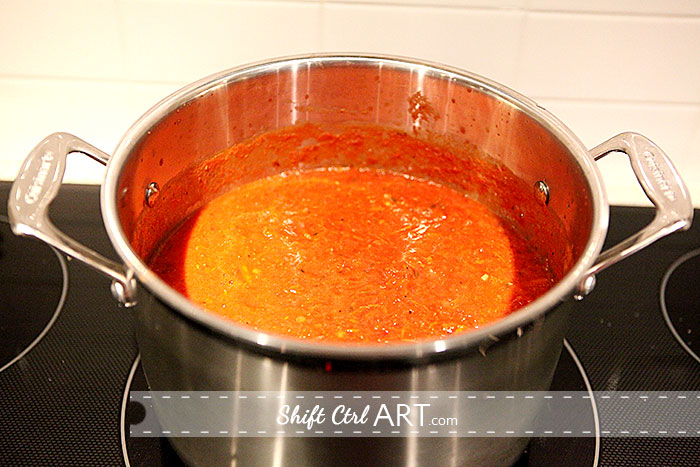 Stir and bring to a boil. Taste test and add more spices or tomato if necessary. Turn down heat and let simmer for 10 minutes under a lid. That's it.

After our meal that night and after the rest of the sauce has cooled down, I divide it and put it in gallon zip-lock bags and freeze them flat like this. Then I can just break one back in four pieces and dump into a pot next time. Or when I make lasagna, I use two bags, but then the lasagna lasts us two meals.

I had enough left over for 7 zip-lock bags. 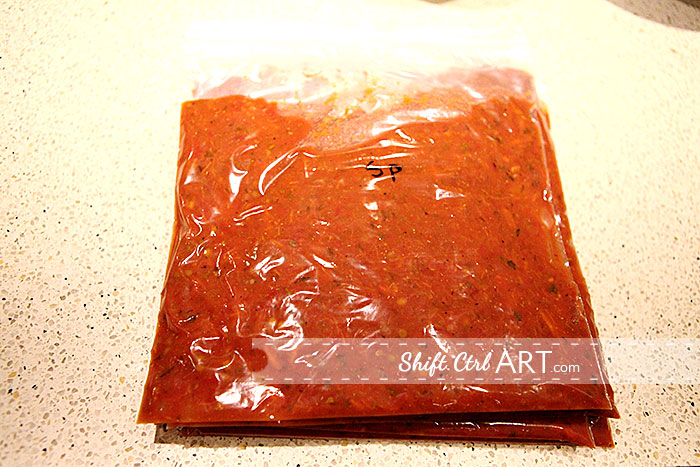 I like mine with Parmesan, which takes it out of the Vegan realm, but you don't have to! This is a great go-to dish for something made from scratch, gluten-free, no-soy vegan.

I have introduced three new categories: Gluten-free, Vegan and Vegetarian. That way you can scroll down to Categories and search through recipes that way. It's on the right hand side at the bottom of my column. 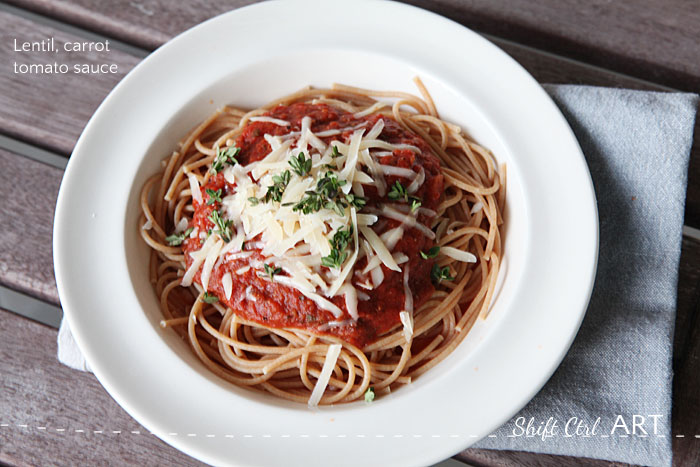 Now tell me, do I cut onions the same way you do? Do you have an even better way? Let me know in the comments!

Some blog posts contain affiliate links to products I use. More information
This article: Lentil carrot pasta sauce - and how to dice an onion first appeared on http://ahomefordesign.com.
Share 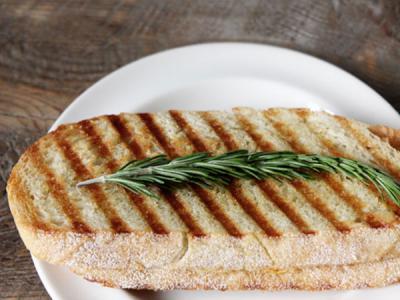